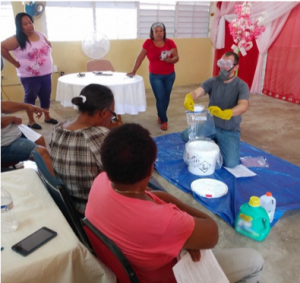 Caribbean hurricanes Irma and Maria of the 2017 season, now distant memories for many, remain top of mind for Puerto Ricans who are still recovering from those historic storms. During the hurricanes, many homes in Puerto Rico flooded with contaminated water. Worse, many homes had their roofs blown away, so every time it rains, the homes flood again. Water finds its way under roofs and in walls and ceilings, causing a major infestation of mold and other microbes.

Through a donation of 4,000 pounds of chlorine disinfectant from the American Chemistry Council’s Chlorine Chemistry Division and a partnership with the Water Engineers for the Americas (WEFTA), the people of Puerto Rico learned first-hand how chlorine chemistry can help them recover from the Hurricanes.

WEFTA engineer-volunteer Andrew Robertson and his daughter Kati traveled to Puerto Rico. They visited five communities with a combined population of 10,000 people to help residents learn how to disinfect their homes using a granular chlorine product NaDCC. Their strategy was to identify local leaders in each community and train them on how to (a) safely package the disinfectant into smaller portions, and (b) use the disinfectant safely in the home. The leaders were then responsible for distributing the chlorine and teaching their neighbors on how to use the disinfectant in their homes safely.

These trying times in Puerto Rico underscore the importance of organisational partnerships, such as this one, which facilitated recovery from natural disaster with the help of chlorine chemistry. 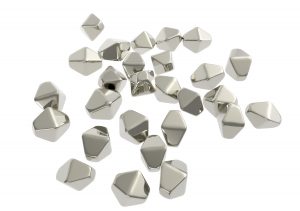 In two recent developments, titanium dioxide (TiO2) is driving advances in solar power generation and cameras and optical devices for virtual and augmented reality. Chlorine facilitates the production of TiO2 by transforming and purifying the materials.

Heat transfer in solar power plants could be made dramatically more efficient using nanofluids made with TiO2, reports Phys.org. A recent paper in the Renewable Energy journal describes a way to improve the efficiency of this heat transfer by adding tiny particles of titanium dioxide. Known as nanoparticles, these increase the amount of electricity generated from solar plants. Thanks to the titanium dioxide nanoparticles, the ability of the heat-transfer material to conduct heat rose by almost 53%, and the efficiency of the nanofluids improved by up to 35%.

In the second innovation, TiO2 has been used to make a distortion-free lens with a simple, flat surface, which may revolutionize optical devices (Nature Nanotechnology). Using tiny, fin-shaped particles of TiO2 known as nanofins, this can focus the full spectrum of visible light at high resolution on one spot, which previously required a stack of bulky, curved conventional lenses. These were required because light of various colors travels at different speeds through lenses. The new ‘metalens’ – which is reportedly thin, easy to manufacture and cost effective – opens new possibilities both in traditional cameras and in virtual and augmented reality (Photonics.com). 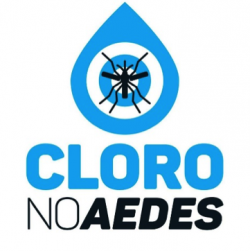 In response to the Zika virus epidemic of 2015-2016, the Brazilian Association for the Chlor-Alkali and Derivatives Industry (Abiclor) launched the CloroNaZika campaign. This campaign informed citizens and raised awareness on how to prevent the proliferation of the mosquito Aedes aegypti by using chlorine bleach. As the Zika epidemic lessened in 2017, the campaign continues today as Cloro no Aedes.

Scientific studies from the University of São Paulo have shown that chlorine bleach is almost 100% effective in preventing the development of Aedes aegypti mosquito larvae, the type of mosquito that spreads Zika, dengue, chikungunya, and yellow fever. Since 80% of mosquitos’ proliferation starts inside residences, the campaign guides people on how to use chlorine bleach to clean bins, toilets, gardens, water tanks, drains, plumbing, planters and other items that collect water to prevent the growth of mosquito larvae.

Abiclor, in partnership with the Brazilian government, distributed leaflets in strategic spots of Brazil’s major cities containing information on how to properly use chlorine bleach to be effective against mosquito larvae development. Radio and print ads also helped spread the message to the people of Brazil. The campaign continues to be publicized on social media, including Facebook, Twitter, and Instagram.

In this application, chlorine chemistry has proven to help the people of Brazil combat the diseases spread by the mosquito Aedes aegypti. 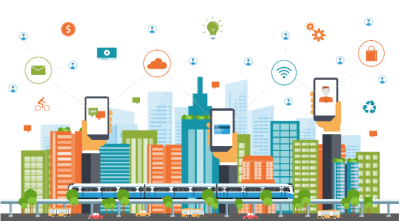 To achieve the Smart Cities Mission, the country aims to enhance physical infrastructure, such as reliable clean water, electricity supply, sanitation, solid waste management, public transport, IT connectivity, citizen safety, as well as provide social facilities such as health, education, and recreational facilities. Additionally, technology solutions will be applied for electronic services delivery, waste to compost/energy, treatment/recycling of wastewater, renewable energy, green buildings, intelligent traffic management, and parking, among other issues faced by cities. The Indian government clearly defined what they meant by “Smart.” Over half of the 11 objectives were environmental and main components of the metabolism of a city.

While India strives to enhance the livability and sustainability of its cities, chlorine chemistry will continue to be a key element to attain the goals of the Smart Cities Mission. 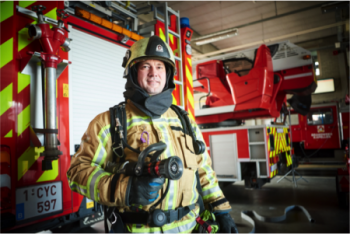 Euro Chlor, the European federation of chlor-alkali manufacturers, has launched a new communications programme which demonstrates how chlor-alkali helps Europe to work safely, efficiently and competitively.

Over 7500 people are directly employed in making chlorine and caustic soda (chlor-alkali) in Europe with many of the derived products, which we rely on every day, helping to make our lives easier, safer or healthier.

In addition to these chemical professionals, many other jobs also need chlor-alkali chemistry; jobs which would be very different, less efficient or more dangerous without it: decorators, surgeon, factory workers, water network technicians, pharmaceutical producers, plumbers and more.

The new ’17 Successes’ initiative will provide real-life examples of 17 Europeans (17 = chlorine’s number in Periodic Table) whose success at work is all thanks to chlor-alkali chemistry. To start, short biographies of a Firefighter, a Police Officer and an Animal Carer are given with more to come over the coming months. These are presented on a new website where more can be discovered at www.17successes.com. 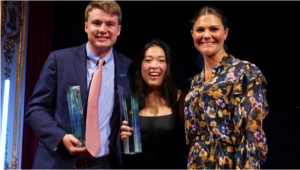 The students engineered graphene-based biosensors to detect minute levels of specific bacteria in less than one second, a great improvement over conventional methods, which can take one to two days. An added bonus: The biosensors can detect as few as one colony forming unit (CFU) of bacteria. Other rapid DNA detection methods often require 1,000 CFUs.

The water purification part of the system is achieved by injecting hydrogen peroxide and sodium hydroxide into contaminated water. These chemicals react to produce hydroxyl free radicals, short-lived, highly reactive chemical species composed of oxygen and hydrogen. Hydroxyl free radicals eliminate organic matter (e.g., bacteria) in the water, producing carbon dioxide and water. Dr. Joan Rose, the 2016 recipient of the Stockholm Water Prize congratulated the “highly impressive and articulate young people,” noting, “The creative energy with which they have tackled a significant global challenge is exactly what the world community needs to get us to a better world for all.” 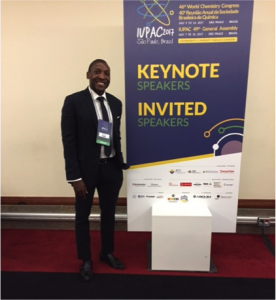 Responding to the theme of the 2017 World Chemistry Congress, “Sustainability and Diversity in Chemistry,” Mr. Wesley Laine, founder of Haiti-Philanthropy, presented “Chlorination of Haiti’s Drinking Water – A Sustainable Model for Developing Countries,” at the Congress on July 11, 2017. Mr. Laine, a 2017 graduate of Harvard Law School, described his work installing simple chlorinator devices that utilize “hockey puck” tablets of calcium hypochlorite to disinfect drinking water in the rural southeast of Haiti. Drinking water chlorination destroys most waterborne pathogens, including Vibrio cholera, the bacteria inadvertently introduced by UN peacekeepers after an earthquake that devastated Haiti in 2010. Mr. Laine noted that community involvement in maintaining chlorinators and purchasing chlorine tablets through a “chlorine bank” is key to developing a sustainable system of safe drinking water provision. Haiti-Philanthropy is supported in part by the American Chemistry Council’s Chlorine Chemistry Division.

Sustainable chlorine production in the spotlight at European Technical Conference 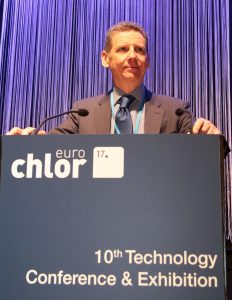 Euro Chlor held its tenth Technical Conference & Exhibition in May 2017; sharing best practices and new technological developments in the areas of health, safety and environmental protection.

Chairman of the Euro Chlor Management Committee Dieter Schnepel (Dow Deutschland) opened this Berlin edition of the Conference, welcoming 360 participants from 34 countries to the theme: sustainable chlorine production and the road to continuous improvement. He highlighted that our industry will continue to develop in the years ahead of us, as not only will mercury technology for the production of chlorine, caustic and hydrogen soon disappear, but our high energy demand – inherent to the chlor-alkali production – means we need to find increasingly efficient and sustainable ways of producing energy.

These and many other topics returned during the conference and in the exhibition, with 46 exhibitors presenting their equipment and those services they offer to our industry. Apart from the mercury challenge, issues like the effects of EMF directives on our industry and the protection of our worker’s physical and mental health were some of the many discussed subjects. Within the mercury context, Christopher Allen, Head of the Industrial Emissions and Safety Unit at the European Commission, presented the regulatory framework on the mercury subject. He also expressed his appreciation for our industry’s collaboration, openness and willingness to share mercury information.

This global, collaborative concept closed out the conference where Euro Chlor executive director Dolf van Wijk stated that “transparency and working together is one of our shared key values”. 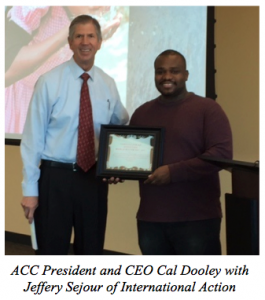 In 1993, the United Nations designated March 22 as World Water Day. Almost 25 years later, efforts to tackle difficult global water problems continue. This year’s theme is “why waste water?” Globally, the vast majority of wastewater—from homes and communities—flows back to the environment untreated or reused, contributing to contaminated drinking water while losing valuable nutrients and other recoverable materials. The UN Sustainable Development Goal (SDG) 6 aims to “Ensure availability and sustainable management of water and sanitation for all.” 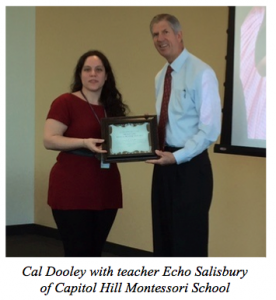 As part of the celebration of World Water Day, the American Chemistry Council (ACC) welcomed 35 elementary school students from the Capitol Hill Montessori School in Washington, DC. Jeffrey Sejour of International Action, which is working to chlorinate drinking water in Haiti, spoke with the students about water and wastewater problems that continue to plague Haitians. The students also video-conferenced with Andrew Coco of Pure Water for the World from their water quality laboratory in Port-au-Prince, Haiti. The event concluded with a hands-on water chemistry experiment to measure the presence of residual chlorine in water to see which samples were disinfected and thus safe to drink. In recognition of their ongoing efforts to provide safe drinking water, ACC’s Chlorine Chemistry Division donated $5,000 to International Action on behalf of the students of Capitol Hill Montessori School.

WCC member, Euro Chlor, is pleased to invite you to their tenth International Chlorine Technology Conference and Exhibition, which will be held this year in Berlin (16-18 May 2017).

The theme of this event is “Sustainable chlorine production; the road to continuous improvement” and participation is open to both Euro Chlor members and non-members alike.

Given the global chlor-alkali industry emphasis on safety and the environment and, as for previous events, health, safety and environmental protection in the production, use and transport of chlorine will constitute the core of the Conference. There will also be additional attention on those technologies and services that safely, sustainably and responsibly drive the chlor-alkali industry forwards.

In parallel with the Conference, an Exhibition will give engineering companies, equipment manufacturers and service suppliers the opportunity to showcase their expertise and the benefits they can offer to the participants.

At the 2014 event in Madrid, over 370 delegates from 34 countries from around the world attended and it is hoped that participation will be even higher this year!

This new Conference will be held at the Maritim Hotel Berlin, close to Postdamer Platz in Berlin, and accommodation for the participants will be available in the hotel itself.

You can find detailed information on the Conference program, exhibition participation and registration requirements on this dedicated website: http://eurochlor2017.org/.

Additional information can be obtained from contact[at]eurochlor2017.org.