The adventures of Team Chlorine begin! 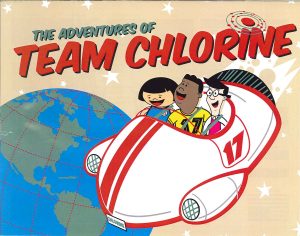 A fun and colourful new activity book and website were released today by the Chlorine Chemistry Division of the American Chemical Council.

Designed by Meaghan Groah of the ACC, this wonderful new book and website is for children of all ages. It helps to educate on how chlorine is a positive part of our daily lives that is present in important products and applications from all over the world. From solar panels to herbicides, modern plastics to protecting metal, the book is full of exciting stories that everyone can enjoy. You can even try learning about chlorine whilst colouring in the pictures online!

Check out the exciting adventures of Team Chlorine via the website teamchlorine.org! 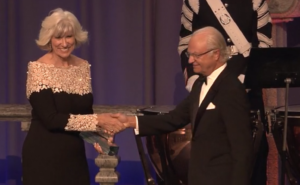 Over 3,000 scientists, government officials and policy experts representing 120 countries gathered in Stockholm 28 August – 2 September 2016 for the 26th annual World Water Week conference. Organized by the Stockholm International Water Institute, World Water Week is “the annual focal point for the globes’ water issues,” according to the Institute’s website.  A highlight of the week was the presentation by H.M. Carl XVI Gustaf, King of Sweden, of the Stockholm Water Prize to Water Quality & Health Council member, Professor Joan B. Rose.

Professor Rose, an original member of the 25-year old Council, is a Michigan State University microbiologist and world expert on the protozoan parasite Cryptosporidium.  As a co-founder of the ambitious Global Water Pathogen Project, Professor Rose organized over 100 scientists from around the world into nine expert teams to address key fecal pathogen groups and the measures necessary to control those pathogens.  The project will feature an online “open access integration platform” that will be updated regularly by the experts.  Using the online tool, engineers and scientists working anywhere in the world will be empowered to tap into the best available science for reducing human exposure to fecal pathogens.

The UN is working to prevent an outbreak of deadly cholera in South Sudan; an area which has been in crisis since late 2013.

It is suspected that at the moment, nearly 150 people in South Sudan already have cholera. Many people area already in refugee camps but wider access to safe, clean drinking water is still difficult due to the conflict. Whilst UNICEF is delivering safe drinking water, it is challenging to provide medical supplies, sanitation and to raise community awareness, all of which are also essential in preventing an epidemic.

In an attempt to protect the population of the South Sudan as a whole, the UN Mission (UNMISS) and their partners are continuing to supply daily water supplies. This water is treated with chlorine in order to disinfect the water and keep it free from harmful microorganisms, such as those that cause cholera.

More on this story can be found here.

Chlorine products essential in cleaning up after flooding

This year there have been many high-profile flooding events in North America, Europe and South Asia. Alongside the terrible loss of human life and property, it is essential that the clean-up begins soon after the event to prevent further loss of life due to water-borne disease.

According to a recent article by the Water Quality and Health Council (WQ&HC), it should be assumed that all flood waters are contaminated with such diseases. As such, once the flood waters have been removed and the affected areas are dry and clear of surface dirt/ debris, a disinfecting solution of water and chlorine bleach should be used. Wearing gloves and protective equipment should also help protect people from flood water splashes and subsequent disease whilst cleaning.

The WQ&HC recommend that the bleach solutions should contain 3/4 cup (~150 ml) regular strength chlorine bleach or 1/2 (~120ml) cup concentrated bleach to one US gallon (around 3.8 l of water) to disinfect walls, floors and other surfaces. Leaving such surfaces wet for at least 10 minutes will help correct disinfection. Also replacing the bleach solution as it becomes cloudy will help reduce the chance of microbial contamination.

Building Good Chemistry Between Progress and the Environment

The American Chemistry Council’s Chlorine Chemistry Division (CCD) traveled to Dallas, Texas to participate at the largest eco expo in the world.  Tens of thousands of people gathered over the three-day public festival that aims to raise environmental awareness through innovation and progressive action.

More than 500 exhibitors gathered to share environmental-friendly knowledge and best practices from an array of platforms including the academic and government sectors.  In 2015 the event’s media outreach garnered 23.2 million impressions from television, online, print and radio ads. The festival is free to both exhibit and attend.

CCD brought the fun back to chemistry with an experiment to demonstrate an endothermic reaction by making a cold pack using baking soda and citric acid.  Children and adults of all ages learned the value of our industry and its innovations for a sustainable future.

In addition to participating in a popular chemistry experiment, kids and their parents took home thousands of Team Chlorine activity books.  It was a tremendous success by showing attendees of all ages how chlorine chemistry drives progress on every front, including the environment, every single day.  For example, few attendees knew that chlorine chemistry plays a surprisingly vital role in the production of solar panels and windmill turbine blades.  And few knew that chlorine chemistry plays a surprising role in development of crop protection materials that supply a healthy and abundant food supply for families around the world.

You can learn more about the surprising role chemistry plays in everyone’s lives every day by visiting www.elementofsurprise.org. 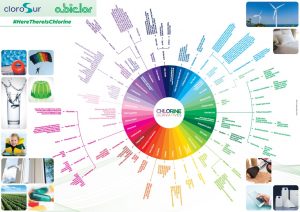 This is outlined in a set of excellent, colourful publications from South American, WCC member organisation Clorosur with input from Brazilian group Abiclor. These publications describe the essential uses of the substances as well as some general information on our industry.

Information is available on CHLORINE and CAUSTIC SODA; for further information and to download the brochures in English, Spanish or Portuguese:, check out the Clorosur website . 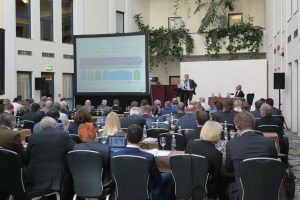 A very successful  technology conference was held in Moscow on 05 and 06 April 2016  on the theme of ‘Chlorine and its derivatives 2016: Best Available Techniques’.

More  than 140 people from the Russian Federation, Belarus, Kazakhstan, China, India and Europe attended the special tenth anniversary RusChlor conference to discuss items including the industrial production of chlorine and its derivatives, to share information on how to safely transport chlorine and the raw commodities, equipment and instruments that are used in chlor-alkali production.

The main technological and safety challenges to the industry were presented alongside information on those Best Available Techniques (BAT). A highlight of the event was the open discussion on safe transportation of chlorine, something which the WCC follows very closely.

Celebrating Safer Drinking Water
People around the globe recently celebrated World Water Day and we would like to share with you two important updates related to this event. First, safe drinking water is something most people take for granted. To better educate policymakers, members of the media, and the public, the American Chemistry Council (ACC) and the Chlorine Chemistry Division released a video detailing the role that chemistry plays in the delivery of safe drinking water.

Specifically, the video invites viewers to learn how innovations in chemistry enable us to treat our water so that it is safe and clean, ensures water is delivered into our homes, schools and businesses and helps us conserve water for future generations. You can watch the video below. 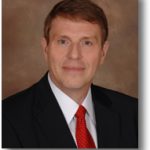 The World Chlorine Council (WCC) is pleased to announce Mr. John McIntosh, recent appointee to the position of Executive Vice President of Olin and President of Chemicals & Ammunition, as the new WCC Governing Council Vice-Chairman.

Mr. McIntosh joined Olin in 1977 and has worked in various roles in manufacturing and operations before being appointed President of the Chlor Alkali Products Division. 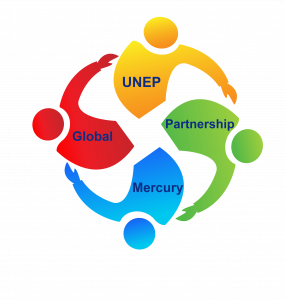 This library contains all the collected information on correct handling, storage, disposal and reporting of mercury as well as some useful documents to support the decommissioning of mercury chlor-alkali plants, which is required by many international authorities.

Mercury has  historically been used in the production of chlor-alkali and its responsible management is followed very closely by the WCC. As active participants in the UNEP Global Mercury Partnership, the WCC has provided information and expertise from its global members in order to protect the planet from this potentially hazardous metal. The partnership supports the work on the Minamata Convention which aims to control the global anthropogenic release of mercury and is made up of governments, NGO’s & industry.